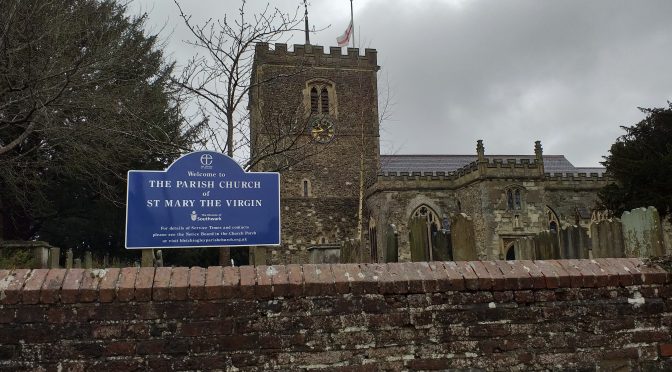 Bletchingley and Godstone residents have paid tribute to Archbishop Desmond Tutu who died at the weekend aged 90.

The Archbishop had been Assistant Curate at St Mary’s Church in Bletchingley from 1965-66 where he lived in Clerk’s House and his children attended the local school.  He returned to Bletchingley several times; a Daily Mail article shows his return in 1985 when he came back as a bishop to conduct the Harvest Festival service. 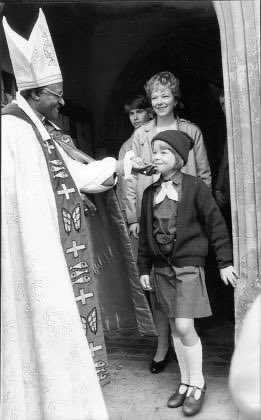 Photo from the Daily Mail:  Archbishop Desmond Tutu returning to St Mary’s Church in Bletchingley in 1985 to conduct the Harvest Festival.

A portrait of Archbishop Desmond Tutu is displayed in St Mary’s Church (below): 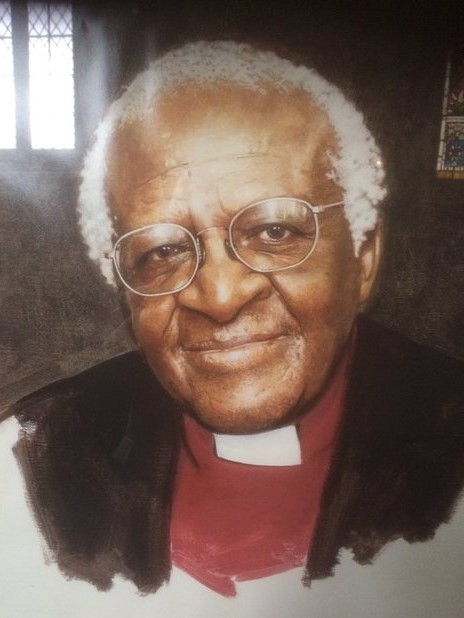 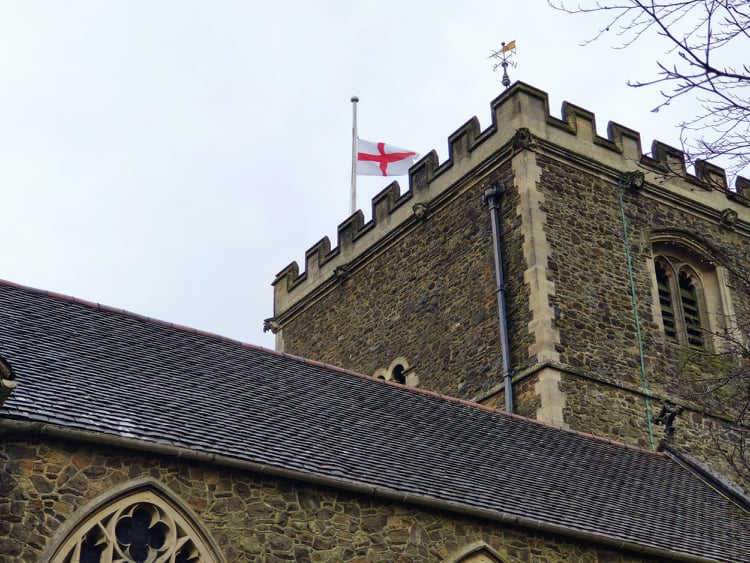 Photos credit:  Tracey Franklin.  The flag at St Mary’s Church in Bletchingley is currently flying at half mast.