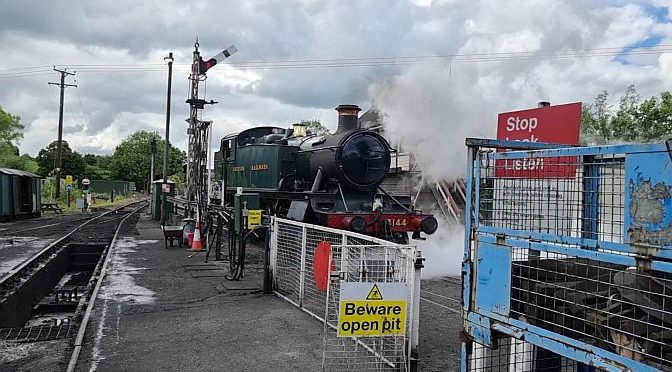 Before lockdown Neil Munday was invited to ride the footplate on the Kent and East Sussex Railway; obviously that was delayed for some while until Sunday 29th May 2022 when Neil was able to go ahead and record this remarkable piece for radio.

Neil takes up the story:

It was the small hours when I left home tip toeing out the house and driving out from Surrey towards the beautiful countryside which is Kent, the garden of England. That time of the morning passing through silent villages of Goudhurst, Sissinghurst and Tenterden before arriving at the loco yard of the K&ESR loco dept at Rolvenden Station just to the North of the Sussex Border.

Recording began almost immediately before I met the Driver, Brendon and Fireman, Nathan. There’s a bit of self-declaration here as I am huge steam fan – I was a loco cleaner here in my mid/late teens and regularly commentate at steam rallies. But today was different. I was being put to work and in between recording pieces of audio. The day was going to be long (with about 5 hours of audio from about 10hours of being involved, plus video which is condensed into around 20mins).

I was made to feel welcome, briefed on safety and recorded pieces whilst the important safety checks were done which is extremely interesting and I was pleased both Driver and Fireman were able to talk me through this and keep their and my safety in mind. Loco yards are dangerous places – noise, grease, oil and many hot and some moving locomotives all have to be watched for. I was put to work cleaning the cab and brass, something I last did when I was 16 years old. The memory came rushing back almost overwhelming me and off mic stories were exchanged and then and now compared.

Next water my initiation and rite of passage to becoming a railway person! Successfully done even if Nathan got a little wet! Oooops! not quite fast enough on the chain from the water tower. Out on the line today, the GWR Prairie locomotive passed us then the signal cleared the token was received the level crossing gates opened and we headed up one of the steepest rail inclines in the UK the Tenterden Bank – running locomotive only at this point as we had to attach a full rake of Pullman coaches to taken the Wealden Pullman back down the line (dropping of soup at each crossing to the staff en route) without spilling the soup then picking up a pre-booked set of customers for a Pullman lunch.

Once we had the coaches on board we were the priority train on the line as we headed over the River Rother and out across the flats of Colonel Stephens line towards Bodium Castle where we ran around ready for the return trip and the monster incline of the Tenterden bank once again. With 150tons of load on the back the engine worked hard at 20mph. however not as simple as you think.

Arriving back in Rolvenden we were informed the token system had failed and that safety practice to allow a train through a signal at ‘Danger’ was in force a nominated signal man replaced the token – written instructions read and repeated, signatures checked and we were allowed to proceed acknowledging the signal at ‘danger’ with a very long whistle blast.
The token system is well over 100 years old and essentially a locomotive is not allowed on a single track line without the token in possession. When the token fails a human token the nominated signal person is assigned to instruct the driver which must be acknowledged by repeating the message and that signal person then rides the footplate with the driver and fireman. The token system can fail for several reason one being general wear and tear or if the mechanical aspects fail of the token lock.

A long day ending on clearing the fire and the grate and signing off the locomotive.

My thanks go to Driver Brendon, Fireman Nathan, Loco dept Manager Pete Salmon and all those at the Kent and East Sussex Railway for allowing me this experience – I have been invited back without the mics!!

Video and photo credit: Neil Munday
Acknowledgement and thanks to Kent and East Sussex Railway 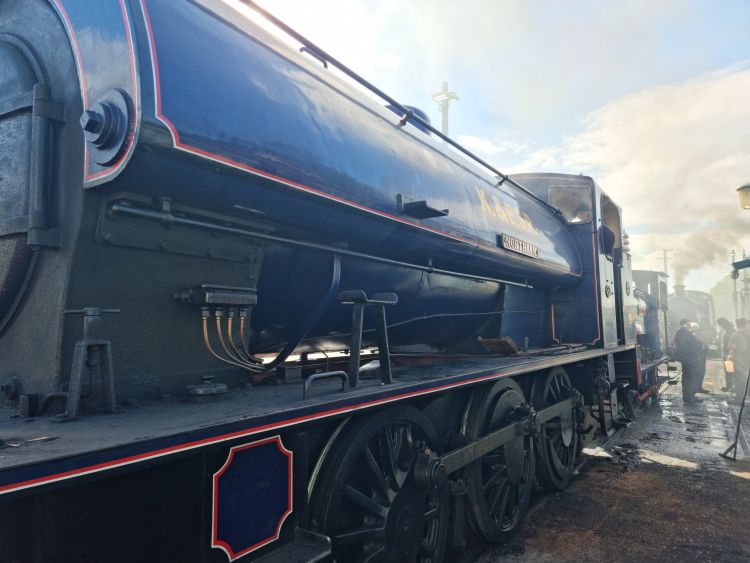 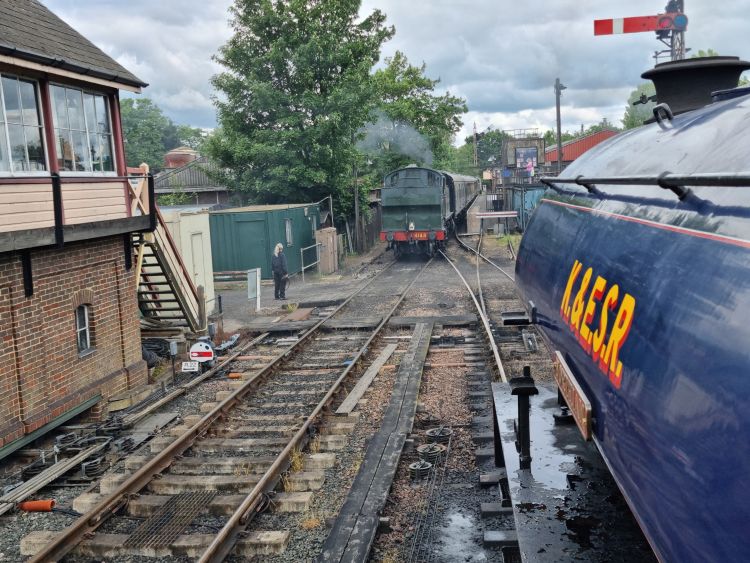 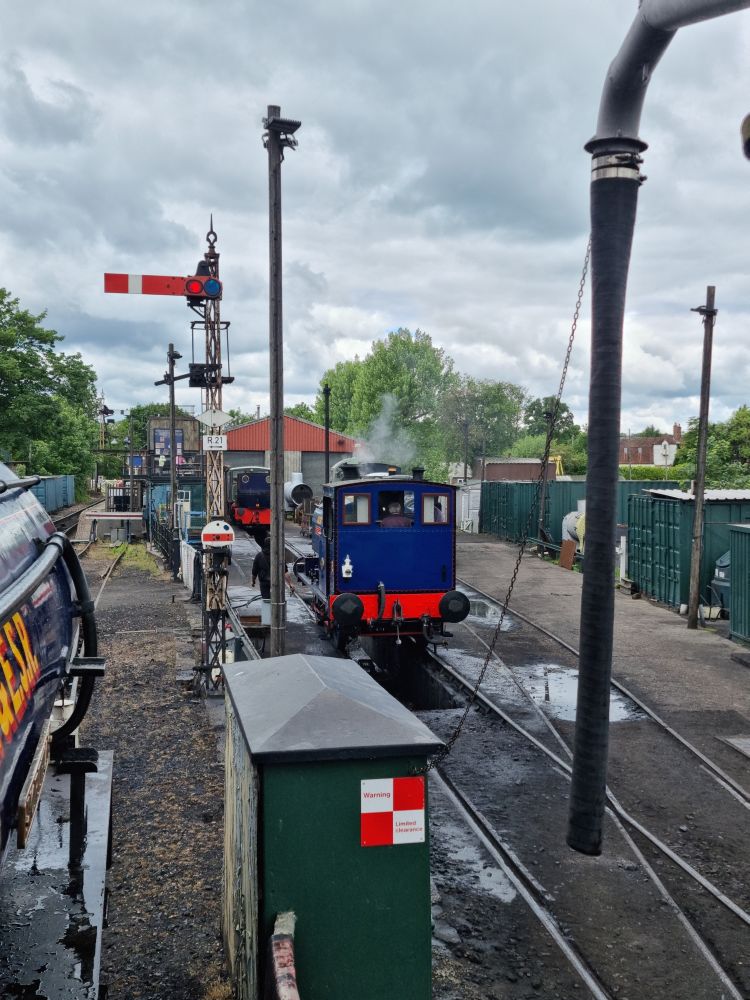 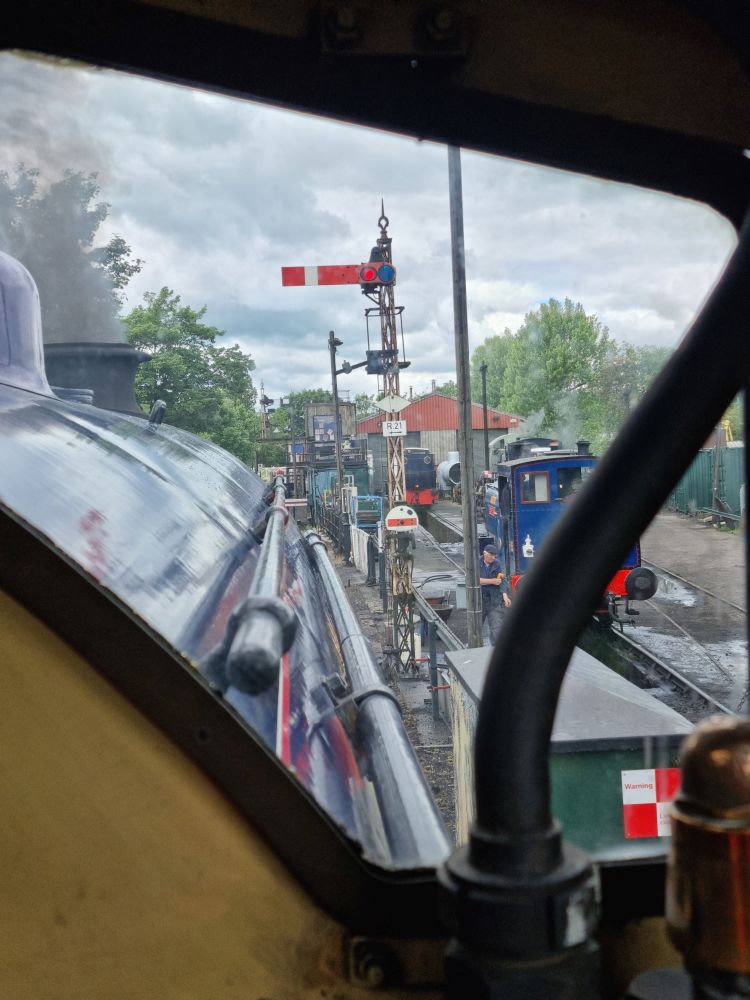 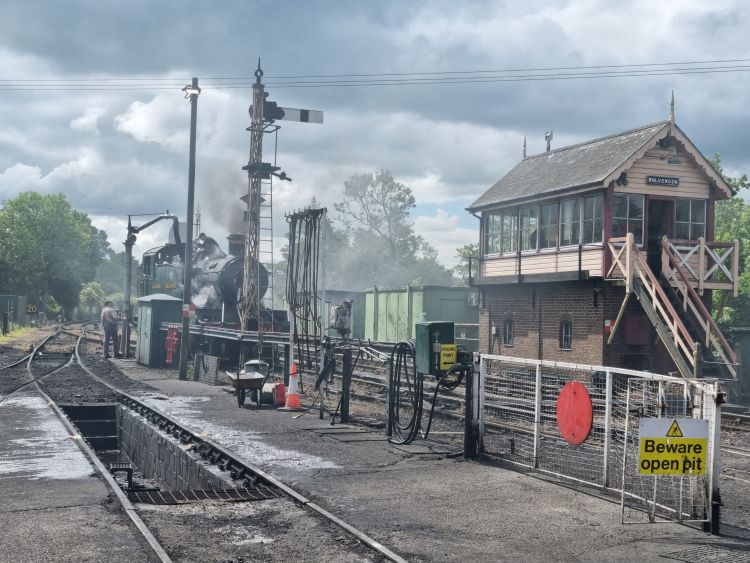 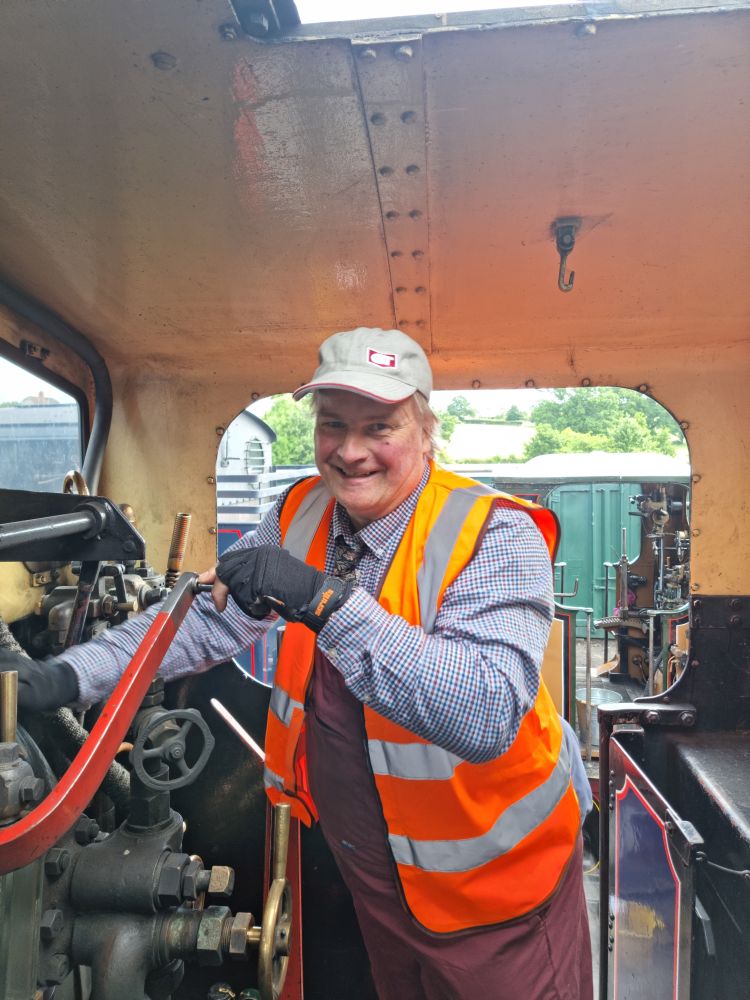 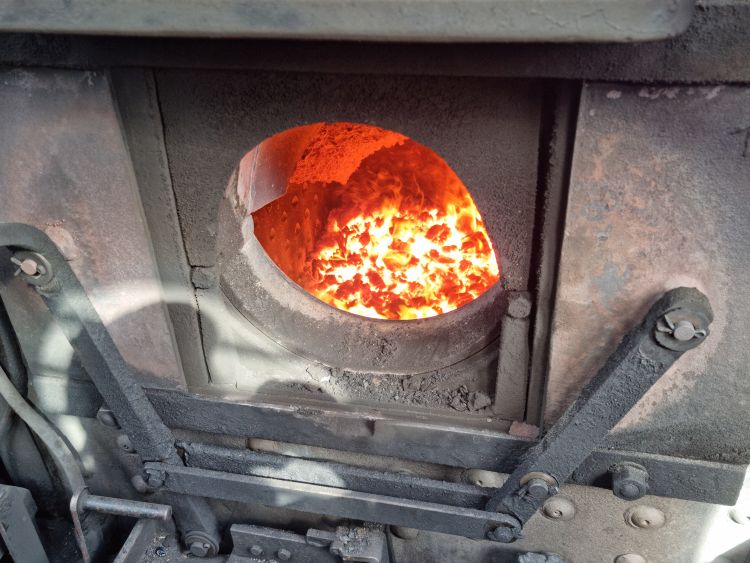 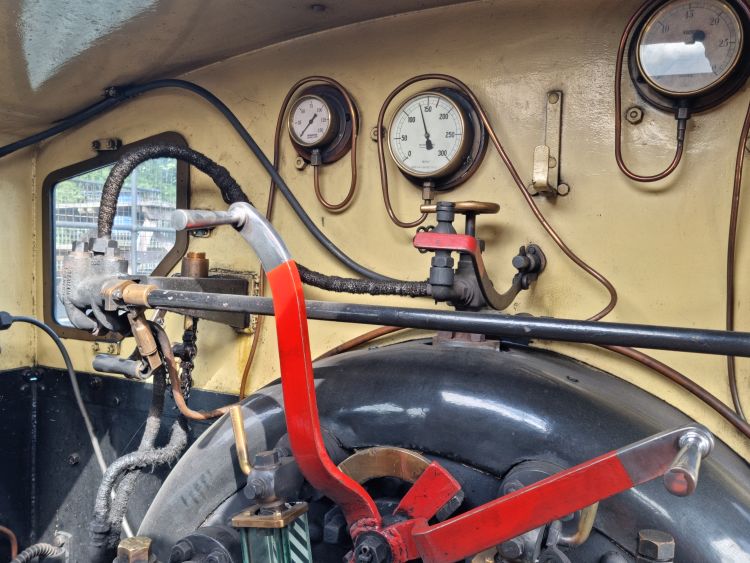 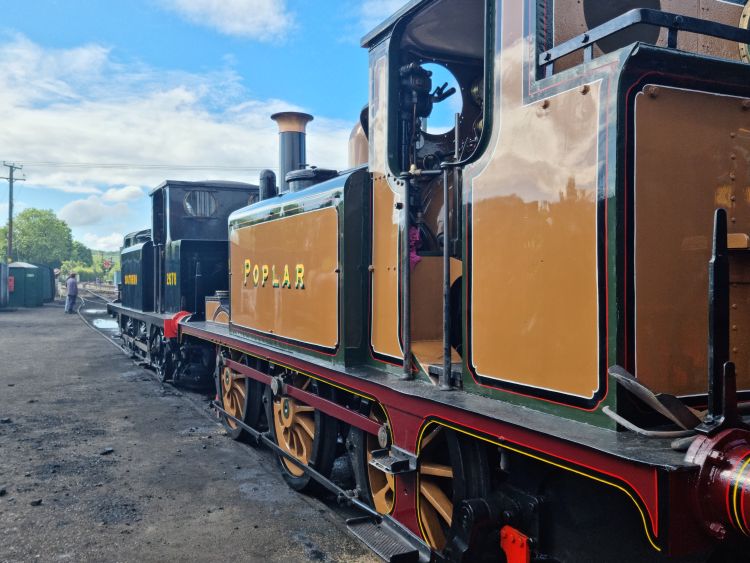 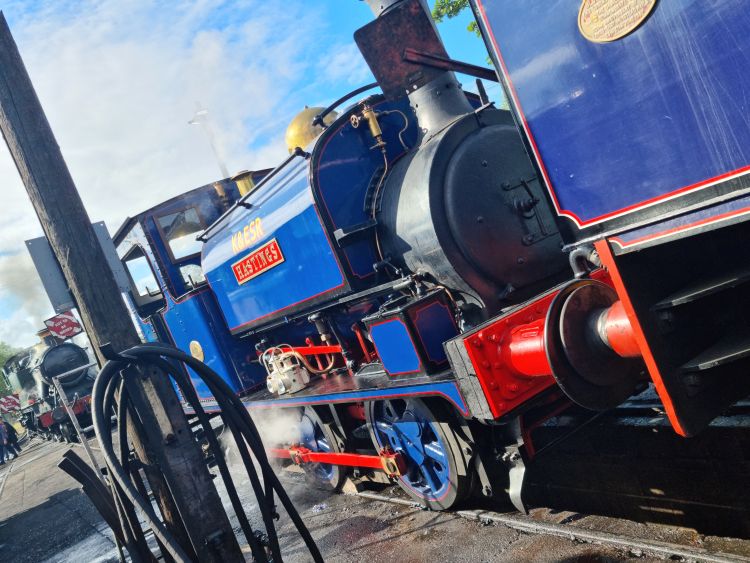 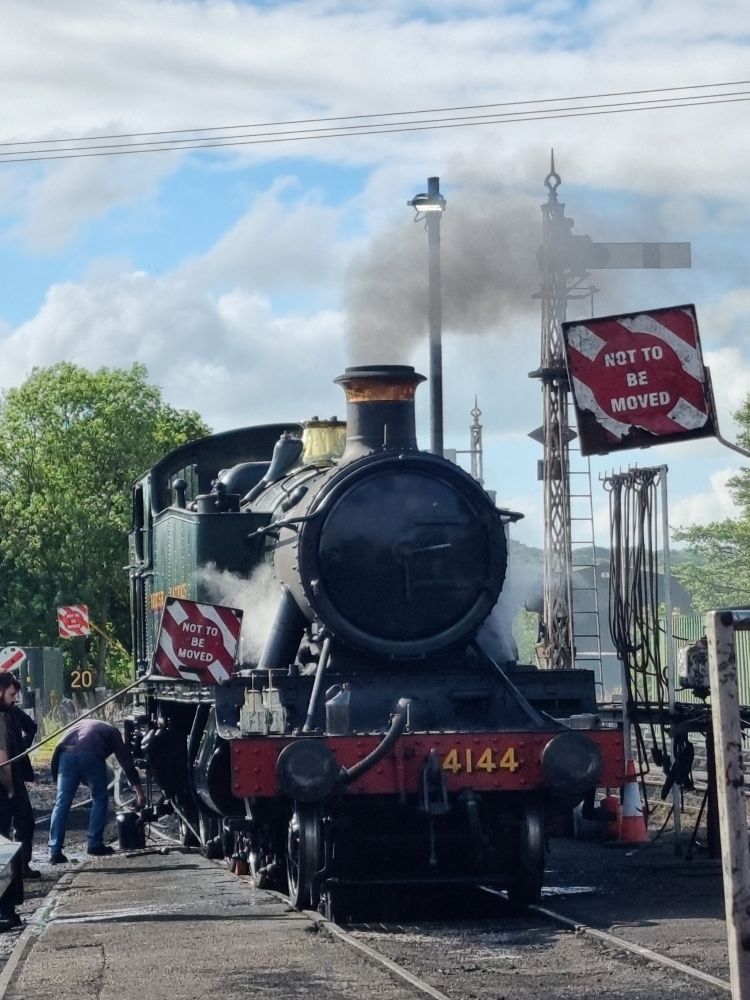