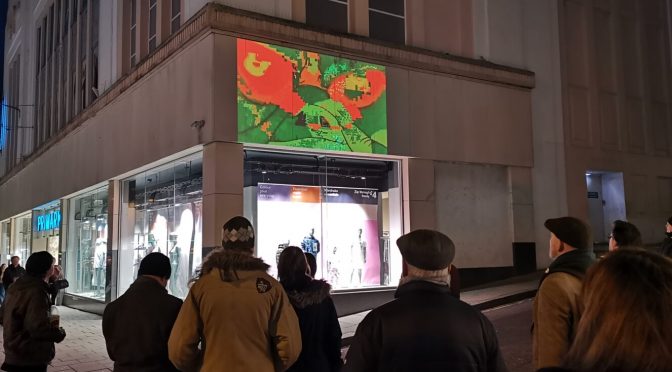 A free outdoor film trail will take to the streets of Crawley on Saturday as part of Creative Crawley’s Light Up Festival, celebrating 75 years of Crawley new town.

Night Watch is produced by Videoclub and will see short films projected by a portable cinema onto the walls of various buildings; films such as ‘Vat do You Vahnt for Bwekfas’ by Dynasty Handbag:

The five short films are by British and international artists and will be shown above shops and other buildings in Crawley Town Centre.   Audiences can join the film walking trails outside Metro Bank in Queen’s Square at 5.00 pm or 6.30 pm. 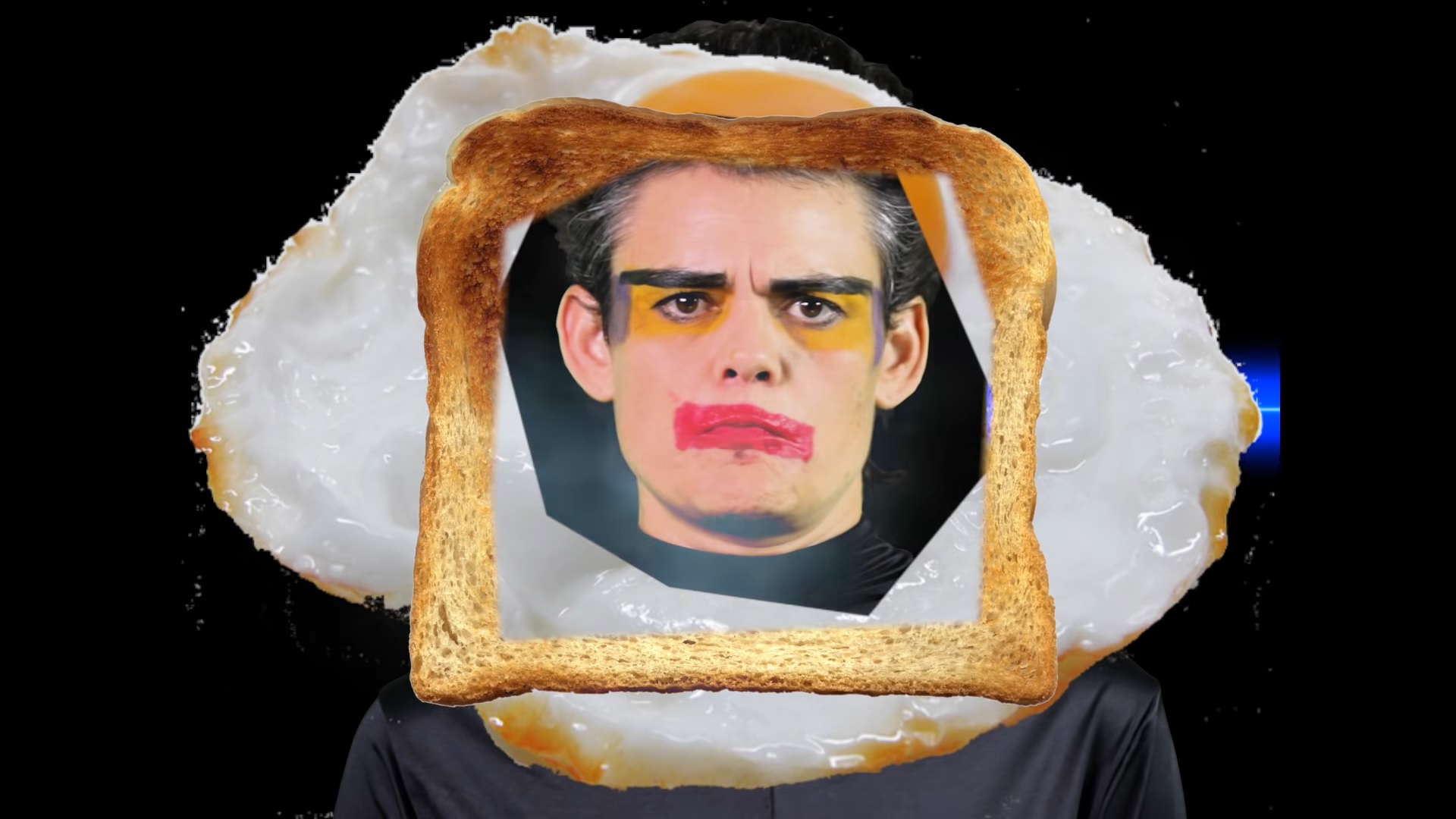 Photo above from the short film ‘Vat Do You Vahnt For Bwekfas’ by Dynasty Handbag – one of the 5 films featured in Videoclub’s Night Watch trail in Crawley on Saturday.