103.4 FM, the frequency issued by Ofcom, is currently in the process of gaining international clearance. We feel pretty confident of approval so 103.4 FM will be ours for the next 5 years.

With test transmissions due to start in the spring, Programme Director Geoff Rogers commented; “The frequency allocated is a great choice and will allow us to provide excellent reception to our service area.  It’s also located roughly between two of the bigger local radio stations on the FM dial and will be very easy to find.  This is a very positive step forward”

Managed and run entirely by volunteers, Susy Radio is a not-for-profit radio station soon to be broadcasting to Redhill, Reigate, Horley, North Crawley and surrounding villages.

Susy Radio  received encouraging words from Henry Smith, MP for Crawley. Awarded a 5-year Ofcom community radio licence, Susy Radio are working towards being on air next Spring. Staffed and managed by volunteers, Susy Radio is run as a not-for-profit company by a diverse range of people passionate about local radio.

Crawley MP, Henry Smith showed support for the station, commenting: “The Ofcom approval of Susy Radio as a new local broadcaster is great news for Crawley and the surrounding area to the north in Surrey as this part of the south east has been without such dedicated coverage for almost a year.”

Mr Smith also said it would be fantastic to visit Susy Radio who are currently in the process of fitting out the studios based in Merstham.

Broadcasting in the area for more than 10 years on an occasional basis, Susy Radio is all about the community and anyone wishing to get involved can contact the station via the website http://www.susyradio.com or e-mail [email protected]

Susy are also on the look-out for sponsorship or donations to cover set-up and running costs that give the station the resources it needs to meet local needs.

We’re pleased to announce that Susy Radio have got through the first stages towards winning a £6,000 grant from the Natwest.

The Natwest are funding their Community Force awards, allowing community projects to receive, as in our case, vital funds or assistance to benefit the community.

Winning the award is based on votes from any UK resident and commences on Monday 26th September. Please check out our entry and if you like what you see please vote for us and, if it’s not too cheeky, get your mates to do so too!

You can vote for us here:
http://communityforce.Natwest.com/project/5801

We’re very pleased to be able to announce that Ofcom has awarded Susy Radio a full time Community Radio Licence. We have been the voice of local radio in Redhill, Reigate and Banstead since 1996, and we have enjoyed great local support over the years in our once and sometimes twice yearly broadcasts. The granting of this licence will allow us to build on this and continue full time as the area’s only local community radio station.

Everyone involved is thrilled at this wonderful news and further announcements as to timetable will be made on this news page as well as on our Facebook page (here), and our new Twitter feed (follow @SusyRadio) for all the latest.

Real local community radio is missing from Redhill and Reigate’s airwaves, and we at Susy Radio look forward to filling that gap really soon. 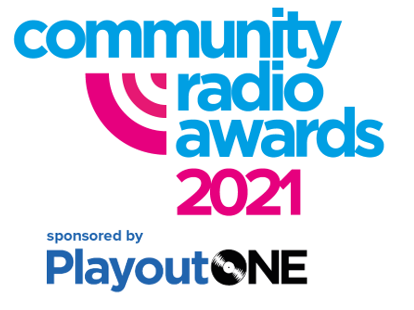