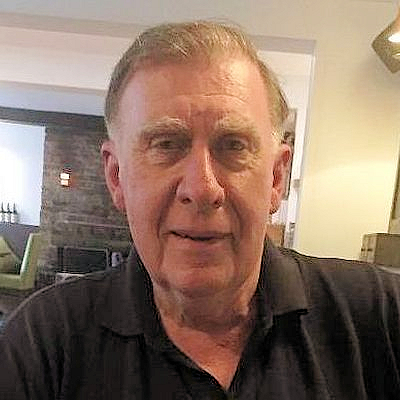 Growing up listening avidly to 60s Offshore Radio, I always hoped that one day I might have a go live on air; but if you’d said to me when Susy launched in 2012 that seven years later I’d have more than a thousand shows on 103.4 under my belt, I’d have laughed it off. Yet that’s how things turned out. It’s been my pleasure to channel the spirit of those offshore days through a thousand 3.20pm teabreaks with a thousand mugs of Susy Builders’; plus a thousand 2.30pm animal stories – we lost my old rotund black pussycat superstar Winston in 2019, but between our listeners’ Guest Pet Presenters and new arrivals Levi and Jarvis, his mighty pawprints have been filled – and it’s all backed up with Diamond Music, mainly for grown-ups, from the 50s to the current chart. The Afternoon Stroll takes to the airwaves between 2 and 4pm every Wednesday, Thursday and Friday.

It was wonderfully nostalgic for me when in 2017 Jim Richman and I celebrated together on air the 50th anniversary of Offshore Radio; it’s been a privilege to found and develop with Tim Bowling the Susy Radio Cricket Chat Show ‘On The Front Foot’ – which is live from 7-9pm once a month each summer; and it’s been my honour to give seven successive live commentaries from seven different local venues at commemorations on Remembrance Sunday morning, and then in 2019 to present a Remembrance Special from the studio.

My thanks go, of course, to those of my Susy colleagues who have helped to make all this possible: but in the end it’s about Redhill, Reigate, Horley, and Crawley – and all our listeners and contributors, regular and occasional, so my thanks especially to you. I hope there’ll be many more opportunities for us to stroll musically and metaphorically together, across the Weald and the Hills.