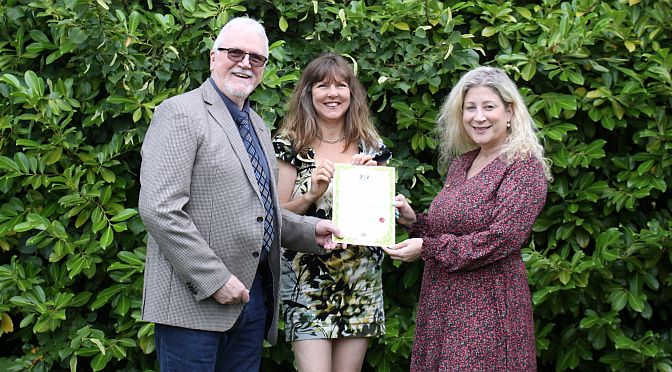 Today (Friday 27th August 2021), Susy Radio received an Appreciation Award from Her Majesty’s Lord Lieutenant of Surrey, Michael More-Molyneux, in recognition of the hard work, commitment and selfless dedication the volunteers have shown during the course of the Coronavirus pandemic.

The Award was presented to Susy Radio’s Chairman, Alan French and presenter, Chrissy Muir by the Deputy Lord Lieutenant of Surrey, Charlotte Kneer.


During the Covid 19 Pandemic, Susy Radio, along with other businesses and organisations faced a number of challenges that had to be overcome in order to continue its primary role, and that is to provide the support the communities we serve needed.

As you are aware initially the pandemic almost closed down life as we knew it and for us that presented the challenge of staying on-air and protecting our volunteers in keeping with the guidelines that were issued at the time.

Everyone involved with Susy Radio, which is a Community Radio Station, are volunteers, there are no paid staff and several of our presenting team were considered to be in the ‘vulnerable’ category.

Through the use of technology we were able to get some of our presenters to broadcast from their homes, so keeping to our policy of “live” broadcasting, keeping people up to date with the latest information or news.

As we are all aware, during these times a number of help groups were formed in our communities which sought to give support to those who lived on their own, were in clinical need or needed to know they were not alone. Susy Radio encouraged many of these groups to provide us with their details so we were able to broadcast, on a regular basis, the people and locations of these groups to our listeners. This information was also published on our website. We know from some of the responses we received that this was of great help and assistance to those who heard this information being broadcast. This was also backed up by telephone interviews to bring this information to those in our communities who needed it.

It is because of the response of our volunteers, whether broadcasting from the studio or other locations that we were able to maintain our key commitments of providing, entertainment, information and support and much credit should be directed to them. The phrase “unsung heroes” is sometimes over used, but the fact remains that our presenting and news teams are “unsung heroes” who are a credit to the station and to the communities we serve and it is to them that this award is dedicated. 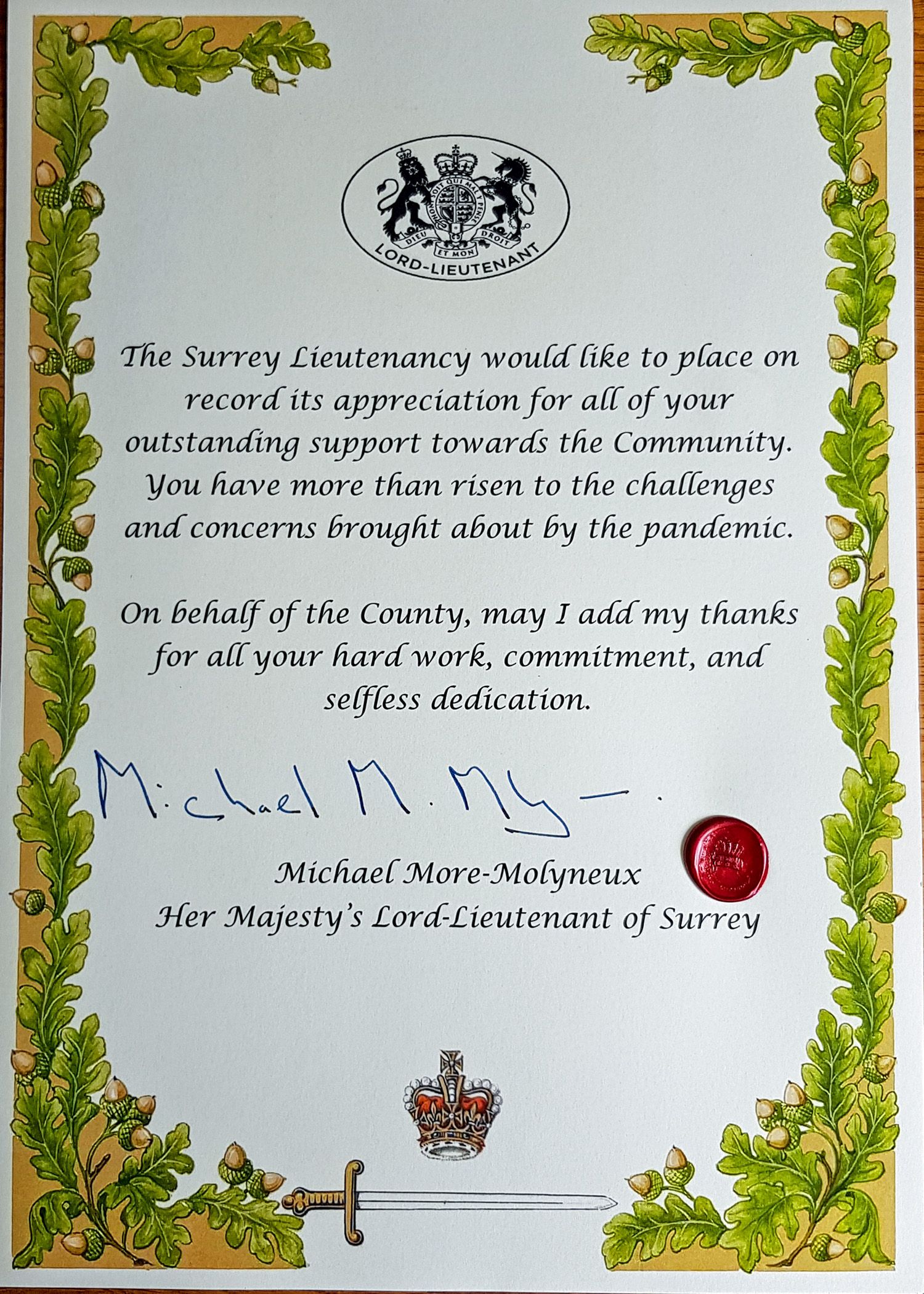