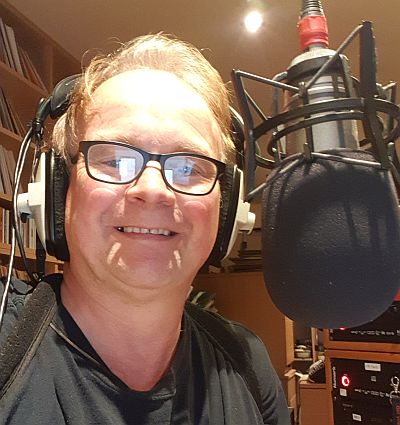 Neil Munday is a director of Susy Radio, as well as a presenter, reporter and engineer.

Neil started DJing at the age of 12 years old and it was suggested he joined hospital radio by an uncle! This he did and since then his voice has been heard on many stations – Hospital Radio, Restricted Service Licence (RSL), Independent Local Radio (ILR) and BBC radio. Neil is a qualified Electrician and specialist theatrical lighting and sound installation engineer, he works full time and run his own hobby public address business which supports Susy Radio with outside broadcast equipment.

Neil says, “Being a director of the station is challenging work, I have to be able to communicate with all the volunteer team and fellow directors constantly and chip in when needs must even to do studio cleaning!”

If you meet Neil out and about you will notice his electric personality which can hook an audience as he loves entertaining, Neil is often found when not on air at Susy in an arena somewhere either commentating or performing with his Alto Saxophone as part of Redhill Corps of Drums and Band. He just loves talking to people, so don’t be frightened to say hello!

Neil very much believes and will tell you: “If you’re smiling, I’m smiling, that’s what makes me happy!”