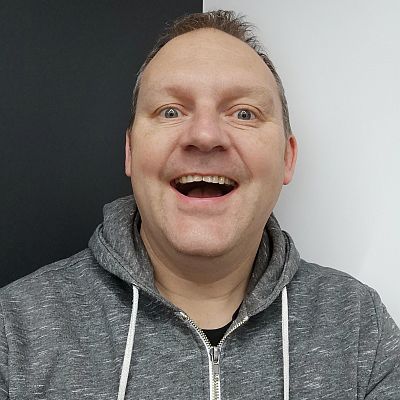 Our very own Northerner Si, originally from Leeds, is now well and truly embedded in Surrey.
Being Ex Army, he’s fleeted about all over the country but finally settled on the region being his home along with his wife and three children.

His early radio experiences were mostly with the BBC in York. Regularly helping with outside broadcasts and rubbing shoulders with the likes of the Krankies, Russ Abbot and apparently a certain Richard Hammond, although he can’t seem to remember that bit. Not to mention working alongside radio presenter and shopping TV legend Andy Hodgson (Google him!)

Si can often be found on Breakfast or Drive, bringing you the hard hitting news, along with his unique perspective on life. Living the dream down South being a Yorkshire Expat.