In what will be their third appearance on the show, The Lagan will be coming into the Susy Rocks Live Studio to talk about their latest venture, an all day gig at The Fighting Cocks in Kingston called ‘Cockstoberfest’.

They will be chatting about the gig, playing music from the artists performing on the day and as if that wasn’t enough, there are giving away a signed copy of their album ‘Where’s your Messiah now?’ as part of our new feature ‘Baking Bad’. 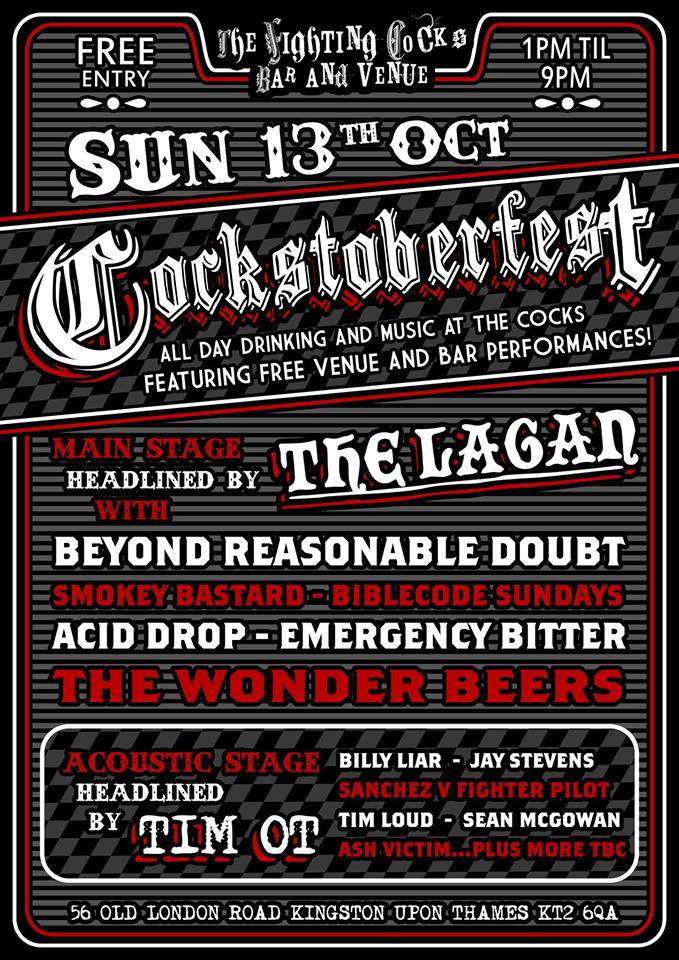 And as if that wasn’t enough, we have the best local and not so local music you’ll find anywhere in the world (In our opinion, probably a bit of an exaggeration).

Tune in 7-9pm, tell a friend, it’s going to be rather splendid!

In England, you're now required by law to self-isolate if:

A £500 payment is available if you are on a low income and you cannot work from home.

Plans have been announced for a new crematorium an

Eleven new rubbish trucks have been named by Reiga