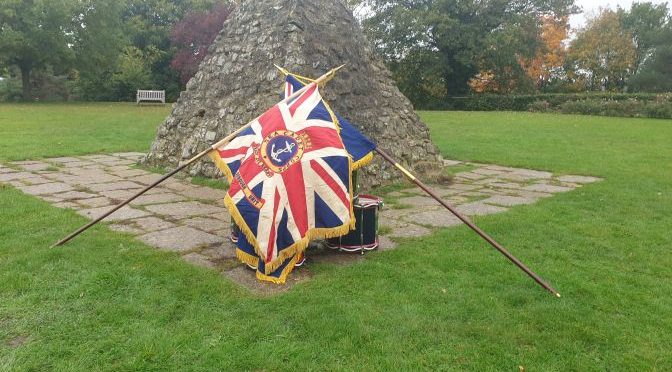 With restrictions currently prevailing with the Covid-19 pandemic, Susy Radio in partnership with Reigate and Banstead Borough Council recorded the Service of Remembrance which was broadcast on the 8th November and simultaneously released on both Susy Radio and the Council websites.

The Remembrance Service introduced by Neil Munday was broadcast on Susy Radio on Sunday, 8th November

We Will Remember Them

A special programme to commemorate Remembrance Sunday during the very challenging circumstances we find ourselves in.

This all came about on the 14th September this year when Neil Munday saw a message from Horley Branch of the Royal British Legion stating that this year`s parade had been cancelled due to Covid-19. He pretty much immediately rang the Mayor`s office at Reigate and Banstead Borough Council and suggested using Reigate Castle (as it could be closed off easily for a few hours and record something or broadcast live from there on the day but that depended on Covid rules at the time – wow what foresight) The council said brilliant timing we were considering videoing a program for their media we never considered working with Susy Radio on this. Neil said “we can make it happen”. So on a blustery and misty rainy type of day, Saturday 24th October Neil set up a small gazebo just inside the Castle entrance with huge thanks to the near neighbour an Ex Royal Marine and very pro what we were going to have to achieve for the power set up the recording equipment, Met a chap called Gareth from Reigate School of Ballet who was going to do a two camera shoot and produce the video with the recorded Susy Radio audio.

This was all in the can but this week the person who was going to put the programme together unfortunately found themselves unable to do so due to our own Covid regulations at the Susy studio`s and the current lockdown.

So Neil grasped hold of it once more and 28hours of music selection, clip searching through his own archive of Susy Outside Broadcasts, editing and recording later is hoping that his work is appreciated due to the gravitas that the Act of Remembrance carries.

Neil admits “It`s not the same as being there in person, following a parade or for myself playing in the Redhill Corps of Drums and Band and marching through the streets of Horley with the streets lined with people to memorial gardens for the service of Remembrance. People will rightly be upset but the fallen gave there todays for our tomorrows, we are giving our liberties for our tomorrows and that of our children. That’s a small price to pay compared to the war years. That’s why it is important to do it this way”.

“WE WILL REMEMBER THEM”

The programme is a journey of music and reflection with clips from previous acts of remembrance that Susy radio has recorded from live broadcast plus spoken word and choral tracks.

You will hear some fantastic pieces of music from Neil`s own collection including:

Many pieces performed by the Royal Philamonic Orchestra or the London Symphony Orchestra and Choir.

With thanks to the many Susy Radio contributors from previous Acts of remembrance recorded during live broadcast and Susy presenters who have made contributions.

Excerpt from Robert Laurence Binyon`s Poem “For the Fallen”


They shall grow not old, as we that are left grow old;
Age shall not weary them, nor the years condemn.
At the going down of the sun and in the morning
We will remember them.

Huge thanks to the Mayor of Reigate and Banstead Borough Council, Cllr Rosmary Absolom and her staff and guests.

Due to Covid-19, many volunteers are unable to help at this year’s Poppy Appeal. The Royal British Legion need your help to distribute poppies to your friends and neighbours and ensure that they can continue to support our Armed Forces community.

You can also make a donation by clicking on the logo. Thank you.