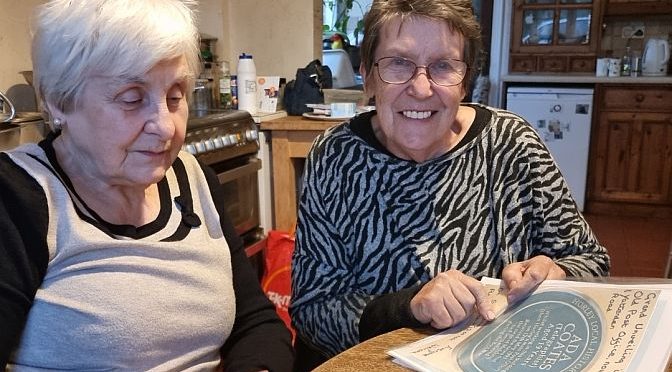 Recently, Susy Radio received an email from Jean Pelham of the Horley Local History Society of plans to unveil its first Blue Plaque at 12 noon on the 9th April at a shop, “Very Betty” in Yattendon Road, Horley.
In the late 1800s and early 1900s, this building was the location of the “Old Post Office”.
This was to mark the occasion when a 19 year old telegraphist who worked there, Ada Coates, received a very important message on the 17th May, 1900.
The unveiling event was subsequently broadcast live on Susy Radio during Neil Munday’s Saturday programme.

Susy Radio’s News Team followed up on the story on the Monday morning when Tracey Franklin included it in the local news bulletin.

Following the news broadcast, Susy Radio received an email from listener, Sandra Crittell who had listened to the news bulletin on the radio, and recognised the name Ada Coates as her Great Aunt!

Neil subsequently contacted both Jean and Sandra, and arranged to meet them. A recording of the conversation which followed was later broadcast during Neil’s programme and can be heard again here.